Substances Other Than Alcohol That Lead to DWI Arrests 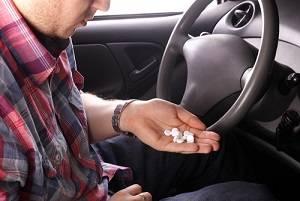 To many people, the assumption has always been that being pulled over for driving while intoxicated (DWI) was almost always the result of driving after drinking one-too-many alcoholic beverages. While that might be the most common reason for being charged and even convicted for DWI, the truth is that there are plenty of other legitimate reasons you might be pulled over for DWI and yet not have to deal with a breathalyzer or another blood alcohol concentration (BAC) level test, among other things. That is because the most critical element of a DWI arrest is proof of impairment, and impairment is not just caused by alcohol. Here are some other reasons you might be pulled over for DWI due to impairment.

All the Ways You Might Be Impaired While Driving

A recent NHTSA report suggests that nearly 20 percent of all drivers might be impaired by any number of substances at any given time. For example, in addition to alcohol, you might experience some type of impairment if you are using any one or a mix of the following substances:

As you can see, being pulled over for DWI due to any type of impairment—and not just excessive alcohol consumption—can lead to charges and a strong case against you. That is why you need to retain representation from a skilled San Antonio criminal defense attorney. Call the Law Offices of Sam H. Lock at 888-726-5625 for a free consultation about DWI to learn more about how this experienced team can win your case.