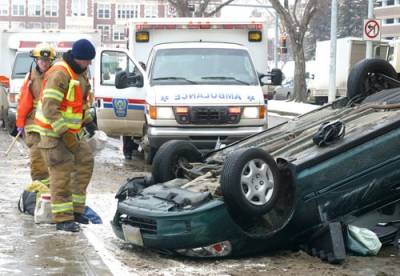 DWI (driving while intoxicated), DUI (driving under the influence), and even BWI (boating while intoxicated) are all common charges throughout the San Antonio area. However, one charge is not discussed nearly as often and yet has very serious consequences, in and outside of the courtroom: intoxication assault. Here is how Texas law defines intoxication assault, including its associated terminology and penalties.

Per Section 49.07 of the Texas Penal Code, a person commits intoxication assault if that person causes serious bodily injury to another:

What Is Considered “Serious Bodily Injury” by Texas Law?

Per the Texas Penal Code, “serious bodily injury” occurs when an injury leads to :

In some cases, it is easy to decipher that “serious bodily injury” has occurred, but in other cases, it can seem much less apparent and could be left to the subjective judgment of the court.

What Are the Penalties for Intoxication Assault?

Intoxication assault is treated under Texas law as a third-degree felony often carrying with it penalties of up to $10,000 in fines, jail time of two to ten years, and driver’s license suspension for between 180 days and two years. Exceptions to these penalties and classifications would be enhanced offenses and their associated penalties, which could be anything from drug possession to intoxication manslaughter that might compound the charges by accompanying the original intoxication assault charge.

People discuss DWI often enough, and there are always a number of tragic deaths resulting from drunk driving (in those cases, the charge would be intoxication manslaughter), but intoxication assault can be just as serious depending on the circumstances. If you are faced with intoxication assault charges, or any other DWI or DUI offenses, consider hiring an experienced San Antonio DWI lawyer to help defend you. Contact the Law Offices of Sam H. Lock at 888-726-5625 for a free consultation.