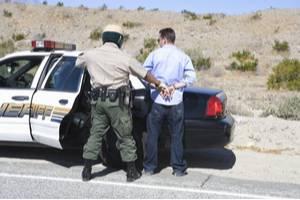 Being charged with DWI/DUI is very serious, but an intoxication manslaughter charge in Texas is considered the most severe of toxication-related offenses. Intoxication manslaughter occurs when someone operating a motor vehicle is under the influence of drugs or alcohol and causes an accident, resulting in the death of another. This type of occurrence can be life-altering for all parties involved. Hiring an experienced attorney that can help you understand the circumstances stemming from such a severe charge is imperative because of the penalties and fines you would likely face.

What Does Intoxication Manslaughter Mean?

Even if there was no intent to harm anyone and the car wreck was purely accidental, you could still be charged with intoxication manslaughter. There are a variety of charges that can be filed when an impaired driver causes an accident involving a serious injury or death, including:

Defending Yourself Against Intoxication Charges

Drivers being charged with intoxication manslaughter may feel like the odds are against them once charges are filed due to the severity of the offense. However, like any charge, you are innocent until proven guilty. Prosecutors must prove beyond any reasonable doubt that the driver was intoxicated at the time of a fatal accident. Some current methods being used for determining a driver’s sobriety have room for error and if it was determined that human error led to an inaccurate test result, it could lead to charges being dropped and the case being dismissed.

If you or someone you know has been charged with a serious traffic violation, contact our San Antonio Criminal Defense Attorney at The Law Offices of Sam H. Lock. For a free consultation, call us at 210-226-0965.