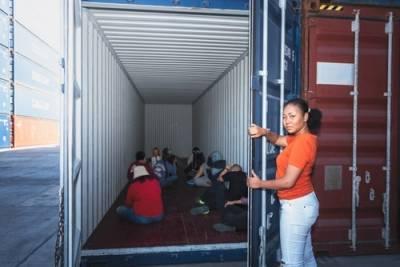 The recent case of human smuggling that left 53 migrants dead in a tractor-trailer outside San Antonio underscores the often-tragic results of smuggling along our southern border. To date, federal prosecutors have charged four men in the case, which represents the most migrant deaths in a single smuggling attempt.

Federal and Texas state prosecutors come down hard on human smugglers, even for those who only play a small role in a smuggling operation. Additionally, many innocent people can be caught up in border enforcement. If you have been arrested on human smuggling charges, it is essential to contact an experienced criminal defense attorney.

While border enforcement is largely a federal issue, Texas also has laws against human smuggling given its long border with Mexico and the impact human smuggling has on the state. Whether you are charged by federal or state authorities can depend on which law enforcement personnel were involved in the arrest.

For each charge, alien smuggling and conspiracy carry a sentence of up to 10 years in prison, fines, or both. The other activities carry a prison sentence of 5 years unless it was done for financial gain, in which case the maximum sentence is 10 years in prison. Enhanced penalties are possible if the violations resulted in serious bodily injury or the death of any person.

Under the Texas Penal Code, smuggling activities that are illegal include:

Do not attempt to face human smuggling charges alone. The experienced San Antonio criminal defense attorney at Law Offices of Sam H. Lock can help defend you against federal and state charges. Call us at 210-226-0965 to set up your initial consultation.