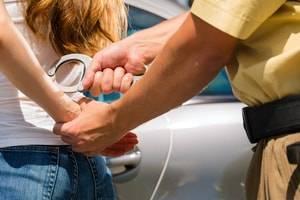 Police officers have a responsibility to behave professionally and respect the rights of a person they suspect of committing a crime, such as driving while intoxicated. Police misconduct during an arrest can force prosecutors to dismiss criminal charges or a court to find in favor of the defendant. Dashboard and body cameras are meant to keep police officers accountable by recording visual and audio evidence of what happened during the arrest. However, those investigating alleged police misconduct can also use video evidence to disprove a false claim. For instance, video footage seems to debunk a Texas woman’s allegation that a police officer sexually assaulted her during her DWI arrest.

A police officer stopped a 37-year-old Texas woman in May for a traffic violation, which led to her arrest on suspicion of DWI. The woman’s family reportedly contacted a civil rights attorney because the woman claimed that the arresting officer sexually assaulted her and threatened violence. The accusations included that:

The attorney shared the allegations with a well-known media personality, who posted the story on Twitter. The national attention forced Texas officials to investigate the claims. If true, the alleged misconduct likely would have resulted in the charges against the woman being dropped and a criminal investigation into the officer's conduct.

The accused officer was wearing a body camera during the arrest, which showed his interaction with the woman from when she was stopped until she was booked at the police station. The video, which has been released to the public, shows no evidence of the woman’s allegations. The civil rights attorney was forced to publicly apologize for pursuing a case that appears to be based on false accusations. The woman will not be charged for filing a false police report because a report was never officially filed.

Though this case was based on false accusations, police misconduct does occur during DWI arrests. Sexual assault by police officers is a rare form of misconduct. Police misconduct is more likely to involve:

A San Antonio DWI defense attorney at the Law Offices of Sam H. Lock can use evidence of police misconduct to get your charges dismissed. Schedule a free consultation by calling 888-726-5625.