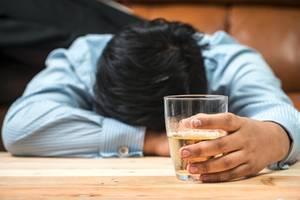 With a fourth DWI conviction, the court may choose the higher end of the ranges it is given for punishment.

Rather than contest the results of his BAC test, the defendant argued that the BAC limit is an unfair standard to use against him because he is an alcoholic. The core of his argument includes that:

Finding a law to be unconstitutional requires proving that it violates people’s rights in all applications or when applied in specific situations. Texas courts ruled that the defendant’s argument did not satisfy either of these conditions. The BAC limit is applied equally to all drivers, which means it is not used discriminately against alcoholics. The defendant was instead asking for the law to apply differently to alcoholics than other drivers.

Many medical professionals classify alcoholism as a disease and consider alcoholics as being unable to control their drinking habits. However, courts are still likely to hold alcoholics liable when they decide to operate vehicles while intoxicated. Thus, citing alcoholism is not an effective way to get a DWI charge dismissed. A San Antonio DWI defense attorney at the Law Offices of Sam H. Lock can examine details in your case that may help you contest your charges. To schedule a free consultation, call 888-726-5625.