How a Texas DWI Can Result in Additional Child Endangerment Charges 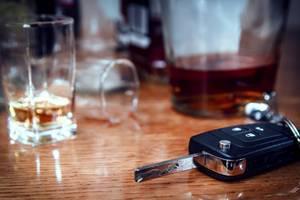 The Texas Department of Transportation (TxDot) reports that every 20 minutes someone is either injured or killed in a motor vehicle accident involving driving while intoxicated (DWI). As impairment begins with the first drink and depends heavily on gender, body weight, number of drinks consumed and the amount of food ingested, some people may become legally intoxicated quite quickly.

Under Texas law, someone is legally intoxicated if a person reaches a blood or breath alcohol concentration (BAC) of .08. The state also reserves the right to prosecute for DWI for anyone who is visually impaired while driving under the influence of alcohol or illegal substances.

According to statistics, more than 14 percent of children under the age of 14 are fatally involved in a drunk driving vehicle accident. This situation is so dire, that 43 states and the District of Columbia have a pertaining law on the books. For Texas residents, driving under the influence with a minor child can result in two charges under the Child Endangerment Law. The obvious first charge, DWI, but also child endangerment charges. This code states that any child under the age of 15 while in the custody of an adult is: put at risk of harm, danger of death or bodily injury or exposed to any conduct possibly resulting in physical or mental impairment.

Although this definition can apply to many situations, knowingly, intentionally, recklessly or with criminal malice placing a minor child at risk falls under a felony designation and includes driving while under the influence with a minor passenger.

Under the Texas Child Endangerment Law, the Texas Department of Family and Protective Services becomes involved and the offender faces not only this charge but DWI charges as well. If found guilty of child endangerment with regard to DWI, the state will either prosecute under a felony in conjunction with an additional felony charge for those opting to drive while intoxicated with a minor passenger.

If you are planning a night out on the town or attending a family gathering where alcohol will be served take precautions, such as:

Depending on mitigating circumstances, there are times when a skilled attorney may be able to lessen the degree of your charges. If you are facing DWI, child endangerment charges, or a combination of both, San Antonio DWI defense attorney Sam H. Lock would like to speak with you. Attorney Lock has been representing clients in Central and South Texas for over decade. To learn more about the Law Offices of Sam H. Lock, contact us toll-free at 888-726-5625 today.