Texas Does Not Allow DWI Checkpoints 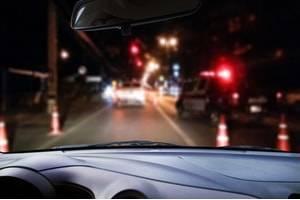 Holidays, such as the recent Memorial Day weekend, are a time when law enforcement steps up its efforts to find people who may be driving while intoxicated. As a result, police often report a higher-than-average number of DWI arrests during these periods. The result occurs because of people’s propensity to drink during holidays and an increased police presence on the roads. Does increased law enforcement activity include DWI checkpoints? Not in Texas, where courts have ruled that such checkpoints are unconstitutional.

Normally, DWI stops occur when police officers pull over drivers that they reasonably suspect may be intoxicated or committing a traffic violation. The principle behind DWI checkpoints is that law enforcement sets up a roadblock where all passing drivers are stopped to check for signs of intoxication. States that allow DWI checkpoints have argued that they are both legal and necessary because:

The fourth amendment to the U.S. Constitution protects people against unlawful searches and seizures. A police officer is unlawfully seizing you if he or she stops you without reasonable suspicion of DWI or another criminal offense. Prosecutors cannot use any evidence of DWI that was obtained after an unlawful stop, effectively ending the case.

The Texas ruling on DWI checkpoints has been in place long enough that law enforcement should be fully aware that they are illegal in this state. If you find yourself at a DWI checkpoint, you should not panic or try to flee. This behavior could give police reasonable suspicion that you are intoxicated. Even if police arrest you at a checkpoint, a San Antonio DWI defense attorney at the Law Offices of Sam H. Lock can contest the charge on the grounds that you were unlawfully seized. Schedule a free consultation by calling 888-726-5625.