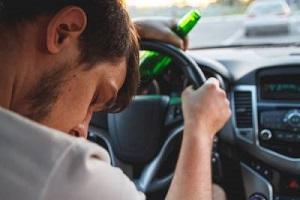 A conviction of driving while intoxicated in Texas has consequences beyond the court-issued punishment. The conviction will show up on your criminal record when someone conducts a background check on you. A DWI record could prevent you from getting a new job, bank loan or lease on an apartment. Proposed Texas legislation would allow one-time offenders to seal their DWI records. The “Second Chance Bill” has passed the Texas House of Representatives and Senate and is awaiting Gov. Greg Abbott’s approval. The bill has received bipartisan support, based on the idea that an isolated DWI incident should not punish a person for the rest of his or her life.

The petition process would apply retroactively to any isolated DWI conviction a person has.

While you may be able to seal the record of your DWI conviction, it is important to understand that the conviction still exists. Average members of the public will not see the conviction in your record, but it will still be accessible by law enforcement and employers in sensitive industries, such as health care, education and finance. If you are charged with a subsequent DWI, prosecutors can still use your previous conviction to aggravate the charges.

The court would need to expunge your conviction in order to erase it from your record. Texas does not expunge DWI convictions, but you can request that the record of your DWI arrest and charges be expunged if:

The "Second Chance Bill" could live up to its name by removing an employment obstacle for minor DWI offenders. However, many offenders may not qualify or would have to wait years to seal their records. A San Antonio DWI defense attorney at the Law Offices of Sam H. Lock can fight against your DWI charges in order to prevent conviction. For a free consultation, call 888-726-5625.