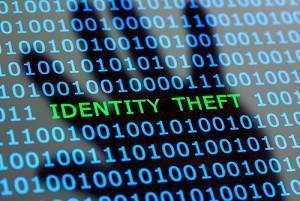 The average American now spends more than 490 minutes or eight hours per day on the internet. It is projected that by 2017, personal internet usage will climb upwards to 506 minutes, increasing the current usage rate. As usage expands so does the risk for identity theft.

At the onset of popularity of the internet during the early to mid 2000s, Americans, as well as those having global access to the world wide web, have been progressively utilizing the internet to conduct countless business and leisure activities, including:

According to USA Today, experts have defined identity theft as the successful obtainment of an unsuspecting consumer’s bank account or other personal information with the intent to commit fraudulent transactions. Identity theft is projected to surpass traditional methods of theft to top the list of the leading form of property crime. As security analysts advise, consumers should prepare to become a victim of identity theft at some point in time.

So how can consumers safeguard their personal banking or credit card information while active on the internet? For those residing in Texas, The Office of Attorney General, under the direction of Ken Paxton, provides the following suggestions for decreasing your risk:

It is also advisable that when shopping online or completing an online transaction to keep a record of all purchases and to thoroughly read the privacy policy of the vendor to ensure that they do not share or sell personal or financial information to another company.

As the office of the Attorney General advises all Texas consumers to remain vigilant to deter instances of internet theft, experienced San Antonio criminal defense attorney, Sam Lock advises those accused of alleged internet theft crimes to contact the Law Offices of Sam H. Lock to schedule an initial consultation today. We are ready to fight to protect your rights.