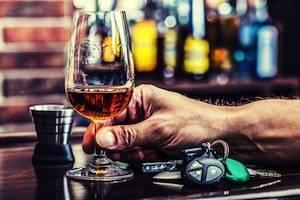 If convicted, you could face up to a year in jail, a two-year suspension of your driver’s license, an annual fee to retain your license to retain your license once it can be reinstated, and a fine of up to $4,000. If your second conviction is within five years from your first, you must also have an interlock ignition device installed in your vehicle. This prevents you from operating your vehicle if you have been drinking.

A third DUI/DWI is considered a felony in the state of Texas. A conviction can result in up to 10 years in prison, a suspension of your license for up to two years, an annual fee to retain your license once it can be reinstated, and a fine of up to $10,000. You would also have a felony conviction on your record, which can limit your options for employment and housing.

Advocacy groups often cite issues with the DUI/DWI criminal justice system, claiming that it simply is not harsh enough on those who drive while intoxicated. Yet there are many cases that show the state is not only tough on DWI, it can be downright merciless. For example, a San Marcos man was recently sentenced to 99 years in prison after his eighth DWI conviction. Yet, the man’s first offense was all the way back in 1983. He is now 64 and, should he serve even a portion of his sentence, the man may never again see freedom.

At the Law Offices of Sam H. Lock, we recognize that every DUI and DWI case is unique and that driving under the influence is not always as clear-cut as it sounds. Mistakes happen. Addicts relapse after years of being sober. Good people make bad choices that end in tragedy, and everyone – including the one who made the mistake – suffers. Our San Antonio, Texas DWI attorney will fight for your side, protect your rights, and pursue the most favorable outcome in your case, regardless of the evidence against you. Call 888-SAM-LOCK for your free consultation today.