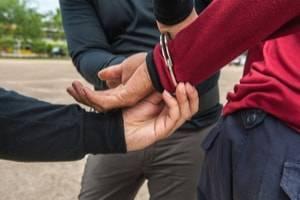 Whether or not you believe it is justified, it is important to be respectful and reasonably cooperative towards a police officer when stopped for suspicion of driving while intoxicated. You are entitled to defend your rights if you believe the officer is ignoring proper procedure during a DWI stop, but acting belligerent will antagonize the officer and escalate the situation. Compliance is particularly important if the officer decides to arrest you on suspicion of DWI. Prosecutors can add evading or resisting arrest to your DWI case. Even if your original DWI charge is dismissed, you could still be convicted on these charges.

Some DWI suspects attempt to flee when they realize they are about to be arrested. Texas law defines evading arrest as when:

Fleeing on foot is a class A misdemeanor, punishable by as long as one year in jail and as much as a $4,000 fine. Fleeing in a vehicle is a state jail felony and could result in 180 days to two years in prison and a fine of as much as $10,000. There are other aggravating factors, such as a prior conviction for evading arrest or harming someone while fleeing.

A suspect resists arrest when he or she uses physical force to prevent an officer from arresting, searching or transporting him or her. Texas courts have often required resisting an arrest to involve the suspect directing his or her force at the officer, such as:

Resisting arrest is a class A misdemeanor or a third-degree felony if the suspect uses a deadly weapon. An unlawful arrest or search is not a defense against this charge, but the suspect may argue that resisting was necessary if the officer was using excessive force.

Contesting Within the Law

Panic may cause you to flee or resist a DWI arrest, even when you know you are innocent. Unfortunately, these actions can be interpreted as an admission of guilt when a court is deciding on your DWI charge. A San Antonio DWI defense attorney at the Law Offices of Sam H. Lock will use the legal process to defend you against DWI charges. Schedule a free consultation by calling 888-726-5625.