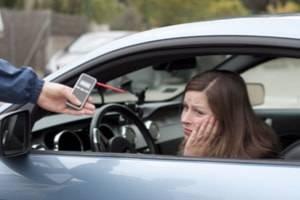 It is common to see local law enforcement promote no-refusal periods for people suspected of driving while intoxicated. Holidays, such as the upcoming Labor Day weekend, are a popular time for celebrating, which can increase the number of people who are drinking and driving. No-refusal weekends often coincide with these periods in order to punish those who break DWI laws and dissuade others from drinking and driving. Police departments increase their resources to make it more difficult for suspects to avoid blood alcohol concentration tests.

Implied Consent and No Refusal

No refusal refers to circumstances in which a DWI suspect cannot legally refuse to submit to a BAC test, such as a providing a blood or breath sample. Texas has an implied consent law that states that anyone who is allowed to drive in the state has also consented to cooperate with a BAC test. Refusing the test will result in an automatic suspension of the suspect’s driver’s license and can be used as evidence against the suspect in a DWI case. However, some courts have ruled that the implied consent law violates a suspect’s rights under the fourth amendment of the U.S. Constitution, which prohibits searching a person without a warrant. In this case, police obtain blood from the suspect in order to search for evidence of intoxication. To get around this defense, police can request a warrant to obtain a suspect’s blood sample. Refusing the warrant would be a criminal offense.

Having a no-refusal weekend does not change how police enforce DWI laws. Instead, it changes the police’s speed and efficiency in doing so. Hours can pass between the time of a suspect’s arrest and when the blood sample is drawn because:

A person’s BAC will drop during those hours, which may make a difference in whether the blood sample tests above the legal limit. During a no-refusal weekend, police departments have more judges and nurses on call in order to speed up the process of issuing warrants and taking blood samples.

Police pay greater attention to DWI violations during no-refusal weekends but must follow the same standards of reasonable suspicion and just cause in making an arrest. A San Antonio DWI defense attorney at the Law Offices of Sam H. Lock will use evidence that police violated your rights as a defense against your charges. Schedule a free consultation by calling 888-726-5625.