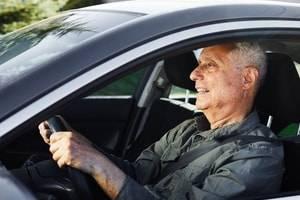 Senior citizens are generally at greater risk of traffic accidents and violations than an average adult driver. Their driving skills can diminish with age because their physical reactions are slower and their vision and hearing are weaker. Seniors who choose to drink and drive will also see an increased danger of being stopped by police and arrested for driving while intoxicated. Though it is a difficult adjustment, seniors must understand that alcohol will have a more pronounced effect on their driving skills than when they were younger.

Social drinkers often anticipate their level of driving impairment by the number and types of alcoholic drinks they consume. They learn what their own limits are, though it is not an exact science. However, senior citizens should not expect the drinking habits they formed at a younger age to affect their driving skills in the same way:

Most DWI arrests happen after a police officer witnesses a traffic violation or suspicious driving behavior. Once a traffic stop occurs, an officer may notice driver symptoms that suggest intoxication. Younger drivers may have a blood alcohol concentration near or over the legal limit but avoid attention because their driving skills are not noticeably diminished. Senior citizen drivers are more likely to be noticed if their driving skills are already naturally diminished. There are several preventative measures that older drivers can take to reduce the chances of traffic stops and DWI arrests, including:

Making these decisions can be difficult because the older driver must admit that he or she has limitations and cannot afford to behave the same way as when he or she was younger.

Impaired driving can lead to a DWI charge in Texas, whether it is due to you having a BAC over the legal limit or an adverse reaction to a medication. A San Antonio DWI defense attorney at the Law Offices of Sam H. Lock can contest your charge in order to get it dismissed or reduced. Schedule a free consultation by calling 888-726-5625.