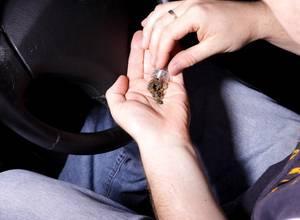 Texas law enforcement is identifying an increasing number of drivers who test positive for marijuana. However, the protocols for determining a DWI on marijuana are less refined than for a DWI on alcohol. This can lead to erroneous charges, which a skilled lawyer can contest.

Officers have several forms of testing they can administer to determine a driver's blood alcohol concentration, including a breath test. If the suspect’s BAC is 0.08 or higher, he or she is considered legally intoxicated and in violation of the law. The judicial system widely accepts the accuracy of such tests. For marijuana use, THC levels in a person’s system is considered the equivalent to the BAC. However, there are several problems with marijuana testing:

Because marijuana tests can be misleading and unreliable, prosecutors rely more upon the officer’s testimony of the suspect’s condition leading up to the DWI arrest. However, officers often do not have as much training on identifying marijuana impairment in drivers as they do with alcohol. Symptoms that officers are told to look out for include:

There can be explanations for these symptoms that do not involve being high on marijuana. Unfortunately, some officers are not experienced enough in identifying marijuana users to distinguish between natural maladies and being high.

Prosecutors may believe that the presence of THC in your blood or marijuana in your vehicle is enough evidence to charge you with DWI on marijuana. However, neither of those factors prove that you were impaired at the time of the incident. A San Antonio DWI defense attorney at the Law Offices of Sam H. Lock can contest an unfounded DWI charge against you. For a free consultation, call 888-726-5625.