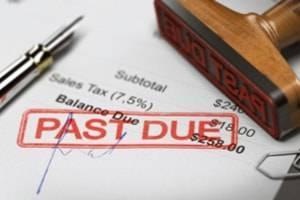 The Austin Community Law Center has filed a lawsuit against the state of Texas, challenging the state’s Driver Responsibility Program that levies fines against drivers whose licenses have been suspended for violations such as driving while intoxicated. The lawsuit, filed in conjunction with the national civil rights organization Equal Justice Under the Law, claims that the DRP disproportionately punishes low-income offenders who cannot afford the fines they are required to pay to regain their licenses. The lawsuit states that 1.4 million Texas residents have suspended driver’s licenses because they have not been able to pay the DRP surcharge.

A court may punish a person convicted for a traffic violation such as a DWI by sentencing him or her to prison, issuing a fine, and suspending his or her driver’s license. Texas’s Driver Responsibility Program imposes additional fines on people whose licenses have been suspended. As part of its program, the DRP:

The $3,000 total surcharge for a first-time DWI offense is in addition to the court-issued fine, which may be as much as $2,000. This total may be unaffordable for someone who is living at or near poverty. A person with a suspended driver’s license may have difficulty finding employment, which makes it less likely that the person will be able to pay the surcharge. The DRP does offer assistance to people who claim poverty:

However, the lawsuit claims that the state makes it difficult for affected drivers to learn about the surcharge waivers and the process for obtaining a waiver is vague. As a result, people are unaware that they may qualify for a waiver.

The lawsuit argues that the DRP surcharges violate the rights of low-income people in Texas because they punish them for their inability to pay and not their willingness. The lawsuit filers hope they can stop the program with this case or convince Texas lawmakers to take action. The hefty fines highlight the importance of contesting a DWI charge against you. A San Antonio DWI defense attorney at the Law Offices of Sam H. Lock can help you beat the charge and avoid the penalties. To schedule a free consultation, call 888-726-5625.