Immigrants At Risk If Convicted for DWI 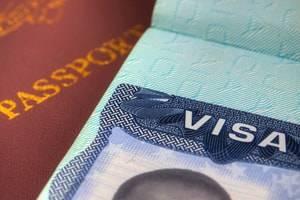 A U.S. representative from central Texas recently claimed that half of the people arrested for driving while intoxicated on Interstate 35 are illegal immigrants. At a forum on the Mexican border crisis, the congressman said that local law enforcement had told him this, as well as that most illegal immigrants had no identification but police officers had to let them go with just a ticket because the jails are full. Fact-checkers debunked this claim on multiple levels:

What is true is that immigrants, here legally or otherwise, can face serious consequences if they are convicted of DWI.

Will I Be Deported?

If you are an immigrant to the U.S. who has been charged with DWI, your biggest fear may be whether a conviction would result in deportation. The answer depends on your legal status in the U.S.:

The U.S. courts have held that legal residents cannot be deported for a conviction unless the crime involved an intentional act of violence or lack of basic morality. A crime of negligence, such as DWI, does not fit that definition.

Though legal residents may not face deportation, a DWI conviction could still affect their long-term status in the U.S. Having a DWI on your record could count against you when you apply for:

As a result of the conviction, you may no longer be permitted to stay in the U.S. once your visa has expired.

A DWI conviction can threaten whether an immigrant will be able to continue living in the U.S. or become a citizen. A San Antonio DWI defense attorney at the Law Offices of Sam H. Lock can help you prevent a conviction or get your charge reduced. To schedule a free consultation, call 888-726-5625.