How Video Evidence Can Help Your DWI Case 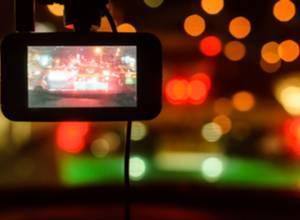 Police video of your arrest on suspicion of driving while intoxicated has the potential to help or hurt your defense case. A recent and famous example is the video released of Tiger Woods’ arrest. The video portrayed him as being confused as police officers questioned him and administered field sobriety tests. The tape made him look guilty in the court of public opinion. Regardless of its contents, it is vital for your defense to see any video of your DWI arrest. An experienced DWI defense attorney can find useful evidence in an arrest video that a normal person would not think to look for.

Police departments commonly install dashboard cameras in their vehicles to record arrests. The prosecution can use the video footage to support the charges brought against you in a DWI case. Your defense also has a right of discovery that allows it access to evidence the prosecution has against you. Upon your request, the prosecution must provide you with a copy of the arrest video. Failure to comply may result in your case being dismissed. However, the prosecution is only required to turn over the video evidence if your defense makes a formal request.

Video can be powerful evidence during your DWI case because it may best show what occurred during your arrest. Before the prevalence of video evidence, DWI cases relied on testimony from the police officer and the defendant. Some officers misremember or exaggerate the details of the arrest. The defendant could dispute the officer’s testimony, but it would become the defendant’s word against the officer’s. Video evidence is a less-biased version of the incident, which may show that:

It is also possible that the video of your arrest will contain incriminating evidence. Viewing the video in advance will allow your defense to prepare a response.

Protecting Yourself During Arrest

If police suspect you of DWI, you must remember that you have the right to refuse a field sobriety test or blood alcohol test. Results that show your blood alcohol content level exceeded the legal limit will likely outweigh any video evidence. It can also be difficult to predict how you will perform in a field sobriety test and what that performance will look like on video.

When facing DWI charges, a San Antonio DWI defense attorney at the Law Offices of Sam H. Lock can identify the evidence that will help your case. Schedule a free consultation by calling 888-726-5625.