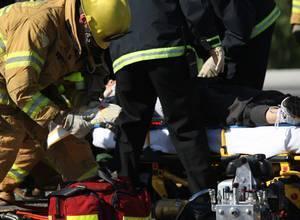 For vehicular manslaughter cases, the prosecution is required to prove that the defendant was reckless in his or her actions. However, Texas law presumes that a driver is reckless if he or she is legally intoxicated. There is also no comparative fault in criminal cases. The victim’s actions may have partially caused the accident, but the defendant can still be convicted if he or she was also at fault.

Texas defines all manslaughter as a second-degree felony. Though not as severe as a murder, a manslaughter conviction can result in:

Because the law gives a wide range of possible penalties, a court can use its discretion to assign longer prison sentences and higher fines for intoxication manslaughter convictions. Whether the defendant is convicted or not, the victim’s family may also file a wrongful death lawsuit. The burden of proof to be awarded damages is less for plaintiffs in a civil case than for prosecutors in a criminal case.

There are a couple of ways to combat intoxication manslaughter charges:

Regardless of whether you were at fault, you may feel guilty after being involved in a fatal accident. However, you must make an effort to defend yourself against criminal charges. A San Antonio DWI defense attorney at the Law Offices of Sam H. Lock can represent you in your intoxication manslaughter case. Schedule a free consultation by calling 888-726-5625.