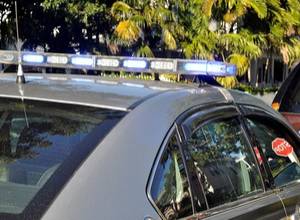 Texas police must have reason to believe someone may be driving while intoxicated or breaking the law before performing a DWI traffic stop. Minor traffic violations or erratic driving are often enough justification to pull over a driver, after which a police officer may observe signs that the driver is intoxicated. However, police officers can have an overly broad interpretation of what qualifies as suspicious driving activity. A Texas man charged with misdemeanor DWI was able to suppress the evidence from his DWI stop because the officer could not prove that there was reasonable suspicion that the driver was committing a crime.

In Texas v. Bernard, an officer performed an early morning traffic stop of the defendant, claiming that she had observed him swerving into multiple lanes and wanted to check on his well being. There was video footage from the police vehicle of the entire incident, from the point that the officer started observing the driver through the traffic stop. The video and the officer’s own testimony suggested that the driver did not commit any violations or behave in a dangerous manner:

Both the trial court and an appellate court agreed that the evidence should be suppressed because there was nothing illegal or unsafe about the driver’s behavior.

Stopping a driver without a warrant or reasonable suspicion of criminal activity is a violation of the fourth amendment to the U.S. Constitution. A police officer is unreasonably detaining the driver by subjecting him or her to a traffic stop. In Texas v. Bernard, the state argued that there was reasonable suspicion of a DWI because of the vehicle swerving and the time and location of the stop. The court concluded that the driver's behavior in the video did not qualify as swerving. As for the time and location, the defendant claimed he was leaving work, and it was a reasonable time for people working at bars and restaurants.

You can weaken the prosecution’s DWI case against you if you can prove that the officer had no reason to stop you. A San Antonio DWI defense attorney at the Law Offices of Sam H. Lock can examine the details of your case to determine whether your DWI stop was justified. Schedule a free consultation by calling 888-726-5625.