Does “Implied Consent” Mean You Cannot Refuse to Take a BAC Test? 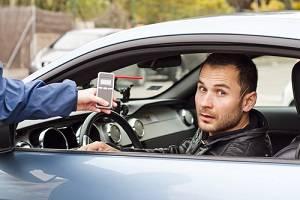 With periods of “No Refusal” for Blood Alcohol Content (BAC) testing being expanded across Texas, it is useful to know your rights when it comes to breath tests, blood tests, urine tests, and other sobriety tests. In particular, you must consider “implied consent” and how it can affect you if pulled over for driving while intoxicated (DWI) in Texas.

What Is Implied Consent?

While it might seem otherwise, driving throughout the United States is considered a privilege and not a right. This is why when you first get a driver’s license you are required to take tests. In taking and passing those tests and agreeing to the terms of your licensure, you are essentially waiving your rights to be reckless on the road. Most roads are public roads anyway, governed by the rules set forth by your local jurisdiction. To break those rules is to put other people’s safety at risk, which is against the law. By getting that driver’s license, you are giving your “implied consent” to have your blood or your breath tested for alcohol content, which can impair your driving abilities.

Even with Implied Consent, Can You Still Refuse a Blood or Breath Test?

You can refuse to have a chemical test conducted to determine the blood alcohol content in your body if stopped for DWI in Texas, but doing so often carries with it relatively stiff administrative penalties, including:

Keep in mind too that such penalties are merely administrative; if you are arrested for DWI and found guilty, you will still face those criminal charges in addition to the refusal penalties. What is more important, by refusing to take the tests initially, you are not just rejecting your own implied consent; you are practically implying your guilt, which might be used as evidence in the prosecution’s arguments. Officers have numerous other sources of evidence they could use against you as well, such as:

Knowing All This About Implied Consent, Why Refuse a Breath or Blood Test?

Mostly, drivers refuse to take BAC tests because they would rather deal with a minor administrative penalty like a license suspension as opposed to a much more substantial punishment like jail time, fines, and a criminal record.

During times of special focus on drunk driving, such as periods of no refusal in Texas, the authorities are aiming to test you for alcohol content regardless. As such, it might be safer to comply with your implied consent; if not, you do have options, though. One of those options is to contact an experienced San Antonio criminal defense attorney at 888-726-5625 for a free consultation. The talented team at the Law Offices of Sam H. Lock can skillfully guide you through the defense of your breath or blood test refusal.