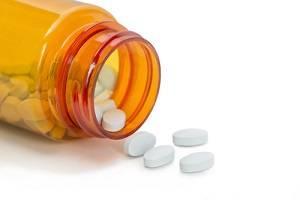 Triple A has found that increases in prescription and over-the-counter drug usage is age-related with varying degrees of prescriptions or medications issued.

It is also important to note that research indicates that the use of prescription or over-the-counter medications have been instrumental in nearly half of all fatal vehicle accidents and has been continually on the rise since 2005. The two most common drugs responsible for this statistical data are:

Recent studies have contradicted this line of thought as it has been proven that specific prescription or over-the-counter medications can have just as severe impact on a driver’s ability to safely operate a vehicle.

Antidepressants: various forms of this prescribed drug can increase the risk of being involved in a vehicle crash by up to 41 percent.

Over-the-counter cold medications: Diphenhydramine, an ingredient often found in cold or allergy relief medications can severely impair driving safety practices such as maintaining speed, staying within lane restrictions and depth perception. A single dose can achieve the same above the legal limit blood alcohol content or BAC of 0.8 percent.

If you reside in Central or South Texas and have recently been involved in a vehicle accident and have been suspected of driving while under the influence of a prescription or over-the-counter medication, contact San Antonio DWI defense attorney, Sam H. Lock to schedule your initial consultation today.