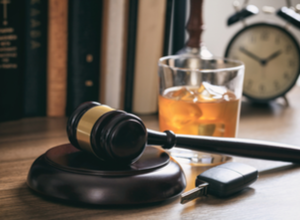 A federal court recently denied country music singer Randy Travis’ request to prevent the release of a dashboard camera video from his 2012 arrest for driving while intoxicated. The video shows a disoriented and naked Travis ranting to police officers, which Travis claims may have been the result of mixing alcohol with prescription medication. Travis plead guilty to DWI, but he asked the Texas Attorney General’s office to withhold the video because of its embarrassing nature. The Texas Attorney General’s office ruled that it would allow an edited version of the video to be released. Travis filed a lawsuit to prevent the video’s release, but Texas district and appellate courts both ruled against him. The Texas Supreme Court refused to hear the case, which led to the federal lawsuit. The issue shows how the public’s right to information can be at odds with a defendant’s privacy.

The Texas Department of Public Safety received several Public Information Act requests for the video footage of Travis’ DWI arrest. Such requests are common in incidents involving celebrities, particularly when the video is potentially salacious and embarrassing. The Texas Attorney General’s office ruled that the video should be withheld while the case was ongoing. After Travis’ guilty plea, the office said that the video could be released, with redactions for:

However, Travis wanted the entire video to be withheld and destroyed and filed a lawsuit in order to prevent its release.

However, none of the courts that have heard the case have found the arguments to be convincing. They state that the Public Information Act allows the release of such video evidence as long as the information is not confidential. The courts believe that the redacted video sufficiently protects sensitive details about Travis that the public does not need to know.

The public is unlikely to be interested in video evidence of your DWI arrest if you are not a public figure. However, anyone has the right to request such evidence if you are convicted. A San Antonio DWI defense attorney at the Law Offices of Sam H. Lock can take steps to protect your privacy. To schedule a free consultation, call 888-726-5625.