Consequences of an Underage DUI in Texas 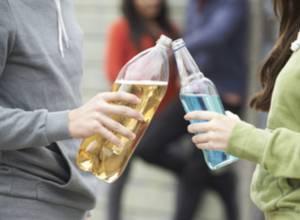 The public considers the terms “driving while intoxicated” and “driving under the influence” to be synonymous. DWI and DUI are both charges of drunken driving, and each state has a preferred term. However, Texas uses both terms to classify different types of drinking and driving criminal charges. Anyone who has a blood alcohol concentration of 0.08 or greater while operating a motor vehicle will receive the more familiar charge of DWI. DUI applies to cases involving people who are younger than 21.

Texas has a zero-tolerance policy towards drivers who are younger than 21 and have been drinking. Any traceable of amount of alcohol in their systems can result in DUI charges, regardless of whether they were impaired. An underage drinker can still be charged with DWI if his or her BAC is 0.08 or greater. Whether the charge is a DUI or DWI, the underage drinker may also face related charges, such as:

DUI suspects fall under Texas’ implied consent law in regards to BAC testing. If the underage suspect refuses the test, his or her driver’s license will be suspended for 180 days.

A first DUI conviction will not result in a prison sentence, but there are other penalties involved, including:

After a second DUI conviction, the license suspension increases to 120 days and community service increases to 40 to 60 hours. However, a third conviction is more serious if the offender is age 18 or older. The court can sentence him or her to as long as 180 days in jail.

While a DUI conviction is damaging, it is preferable to a DWI conviction. Underage offenders who are convicted for DWI face the same potential penalties as adults. A San Antonio DUI defense attorney at the Law Offices of Sam H. Lock can protect people accused of underage drinking from overly burdensome criminal charges. Schedule a free consultation by calling 888-726-5625.