Choose Your Words Carefully During a DWI Stop 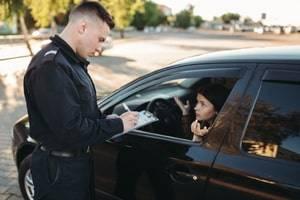 If you have ever been pulled over by a police vehicle, you know the dread and nervousness you feel even if you do not believe you have done anything wrong. Feeling nervous can cause you to say things that you will later regret. Unfortunately, police can use what you say during a traffic stop as evidence in order to arrest you for an offense such as driving under the influence of alcohol or drugs. How can you get through a traffic stop without saying something that may be incriminating? You should know when to be quiet and how to answer questions honestly without divulging too much information.

One way to avoid making an incriminating statement is to keep your talking to a minimum during the stop. Speak when the officer asks you a question but otherwise remain silent. Do not volunteer information that the officer did not ask for, even if you think that it may help you. For instance, saying that you are not drunk before the officer asks you a question will make them more suspicious. You do not have to prove anything. The officer is the one who must prove that there is probable cause to arrest you.

During the stop, the police officer may ask you questions that will try to make you admit on your own that you are intoxicated. Common questions include:

The answer to the first question should be a simple “no.” You do not know what the officer is thinking, and speculating on it will reveal your internal guilt. The only purpose of this question is to make you admit fault.

The second question is trickier to answer. You never want to say that you have been drinking, even if you think it was not enough to make you intoxicated. However, saying you have not been drinking could be used against you if it turns out that you were lying. If you had been drinking before your traffic stop, you can say that you do not want to answer the question. The answer will not satisfy the officer but will keep you from incriminating yourself.

Your traffic stop may end with the officer letting you go with a warning or ticket. It may also end with you being arrested and taken into custody. If you have been charged with DWI or another criminal offense, you need to talk to a San Antonio criminal defense attorney at the Law Offices of Sam H. Lock. To schedule a free consultation, call 888-726-5625.