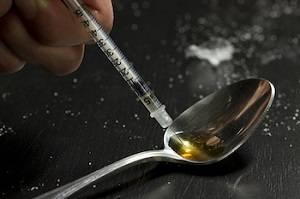 It appears that America is caught in a new epidemic as the Centers for Disease Control and Prevention reports that on an average 78 Americans perish each day from a heroin or opioid-related overdose.

If you are still not convinced, you may want to tune into A&E’s Emmy® award-winning and critically-acclaimed documentary series, Intervention. Although the series does not discriminate against any one type of disorder, currently there has been an increase in showcasing those addicted to heroin.

The one thing that does remain constant is the participant’s decision to drive while under the influence (DUI). With alcohol addiction, law enforcement relies on the breathalyzer as well as known field sobriety tests but with the growing heroin and opiate epidemic what tests are law enforcement now utilizing?

Often if a driver is under suspicion, an elementary chemical test can be administered but law enforcement also relies on urine and blood sampling tests. Although these tests can secure an arrest, many organizations and criminal defense attorneys are questioning the validity of the $2.00 roadside chemical test possibly sending tens of thousands of innocent people to jail annually.

It is reported that often this low-cost test will produce a false positive which leads to the question of why a better identification test is not in production or available to law enforcement.

If you reside in Texas, it is imperative to note that suspicion of driving under the influence of an illegal substance differs greatly than being charged for an alcohol DWI.

Texas Penal Code Section 49.04 DWI renders it illegal for anyone to operate a motor vehicle if it appears that he or she has lost the control or capability to operate a motor vehicle attesting to both physical and mental faculties. Aside from the on-site chemical testing, a blood test will be ordered to examine for illegal controlled substances such as heroin or opiate-based illegal substances.

It is also important to note that almost every state has an implied consent law on the books that implies that anyone who has been arrested for a possible DWI must consent to a blood, urine or breath test or face extreme consequences.

As the heroin and opiate epidemic spreads to all corners of the United States no doubt these chemical roadside kits, far from reliable and not updated since the 1970s are going to increase the need for experienced legal representation and an open discussion on how to improve field testing tests.

If you reside in Central or South Texas and suspect you have fallen victim to a false positive roadside chemical test, contact the Law Offices of Samuel H. Lock. Samuel Lock is an experienced San Antonio criminal defense attorney who understands just how damaging this situation can become. With diligence and experience, Attorney Lock will personally handle your case from start to finish. Call today to schedule your no-cost consultation.