Can a Felon Possess a Firearm in Texas? 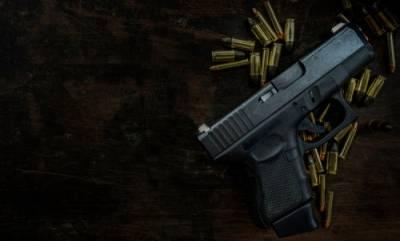 In addition to serving jail time and paying fines, convicted felons are forced to forfeit certain rights. At the State and Federal levels, felons face unique restrictions not imposed on the rest of society. Texas is no different in this regard.

Felons face many unique limitations in the Lone Star State, but one in particular stands out – gun possession.

The State places certain restrictions on when a Texan with a felony conviction may own a gun.

This law is intriguing, considering Texas is known for lenient gun laws and one of the highest rates of gun ownership in the country. Many Texans consider the right to bear arms a fundamental part of their identity.

Can Felons Own Guns in Texas?

Although felons can own guns in the State of Texas, they may only do so in certain circumstances. If a felon possesses a firearm in violation of state law, they may be charged with unlawful possession of a firearm, a serious criminal offense

A felon may possess a gun at his own residence if:

Even if five years have past since the disposition of the felony, a felon is still prohibited from owning a gun if they are:

In Texas, unlawful possession of a firearm is usually considered a Class A misdemeanor. In this context, a conviction can result in a 12-month jail sentence and a fine of $4,000.

However, in certain circumstances, unlawful possession is charged as a third-degree felony, which can bring a maximum prison sentence of 10 years and a fine of $10,000.

In addition to fines and jail time, those convicted may also be prohibited from future firearm ownership.

A conviction for unlawful possession of a firearm can have serious consequences.

The State tends to prosecute gun crimes aggressively to stem the tide of illegal guns and prevent violent crimes. Even if you did not know you were breaking the law and had no intention of using the firearm illegally, you can still be convicted.

An experienced criminal defense attorney can vigorously defend your rights at each step of the criminal process. They can hold law enforcement accountable and investigate the legality of the search and seizure that uncovered the firearm.

Law Offices of Sam H. Lock has years of experience representing Texans in criminal proceedings. Our versatile lawyers handle all kinds of criminal cases, including unlawful possession of a firearm.

If you need a San Antonio criminal defense attorney, call Law Offices of Sam H. Lock at 210-226-0965 to schedule a free initial consultation.