BAC Results May Not Prove Innocence in DWI Arrest 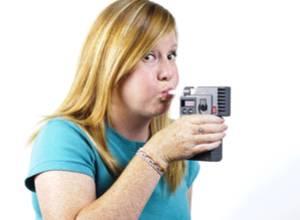 Texas drivers should be familiar with the number 0.08. That is the blood alcohol concentration level at which someone is considered legally intoxicated. A breath or blood test result of 0.08 or higher will lead to an arrest and charge of driving while intoxicated. However, having a BAC that is less than the legal limit does not preclude a driver from a DWI charge. Texas police officers have the discretion to decide that a driver was legally impaired by an intoxicating substance, even if medical records do not prove it.

The Texas Penal Code states that police officers can identify intoxication in one of two circumstances:

By law, a driver is assumed to be intoxicated if his or her BAC is over the legal limit. However, the driver may still be ruled as legally intoxicated if there is evidence of some alcohol in his or her system and he or she showed signs of impairment. A police officer may determine that a driver is impaired if he or she:

When a BAC test shows that a driver is just underneath the legal limit, a Texas police officer may still charge the driver with DWI if the officer believes the driver was legally intoxicated at the time of the traffic incident. Texas police assume that a driver’s BAC will gradually drop after each hour he or she has not consumed an alcoholic drink. When a test result is close to the legal limit, the officer may conclude that the driver’s BAC was at or over the limit while he or she was driving.

When you have been stopped on suspicion of DWI, it is in your best interest to avoid submitting to a BAC test. The results are unlikely to prove your innocence but can be used in multiple ways as evidence of your guilt. Without conclusive BAC results, the prosecution may have a more difficult time proving that you were intoxicated. A San Antonio DWI defense attorney at the Law Offices of Sam H. Lock can discuss your defense options for your DWI case. Schedule a free consultation by calling 888-726-5625.